Why Is It So Hard to Address Sexual Assault in our Military? 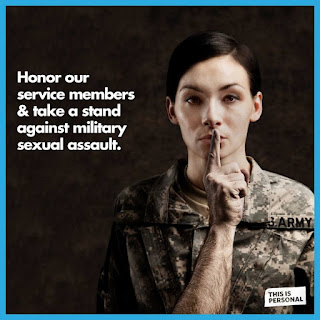 In a word: the culture. The military/warrior culture of course, but also our culture at large.
Dr. Carl Castro, Associate Professor and Director, USC Center for Innovation and Research on Veterans and Military Families, points out that sexual assault is seen equally in our civilian society and in society world-wide. Still, the estimated percentage of females who experience sexual assault in the military (MST) can be safely said to be about 25%. That’s one in four. Staggering. (The percentage for men is two to three percent.)