Gulf War illness: It’s physical, you can see it, and there is good news on treatment 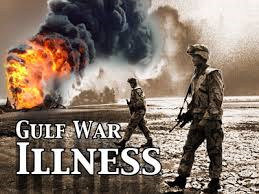 Every last bit of new research on Gulf War illness shows that it’s a physical, not mental, ailment.
The one in four sick Gulf War vets—or about 250,000 people who served in 1991 in Iraq, Kuwait and Saudi Arabia—already know that.

There were also some red herrings that, while they may have their own issues, research has shown do not seem to be tied to Gulf War illness, including depleted uranium and vaccinations.