Women Soldiers at No Greater Risk for PTSD 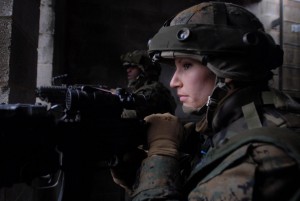 A new study has found that women in the military are at no greater risk than men for developing post-traumatic stress disorder (PTSD) given similar experiences, including combat.
Conducted by Defense and Veterans Affairs researchers, the study involved active-duty troops and veterans who are part of the Millennium Cohort Study, which has more than 200,000 participants.
The new PTSD study included more than 2,300 pairs of men and women who were matched based on an array of variables — including exposure to combat — and followed for about seven years.