The number-one disability among vets isn’t PTSD. And it’s getting worse every year. 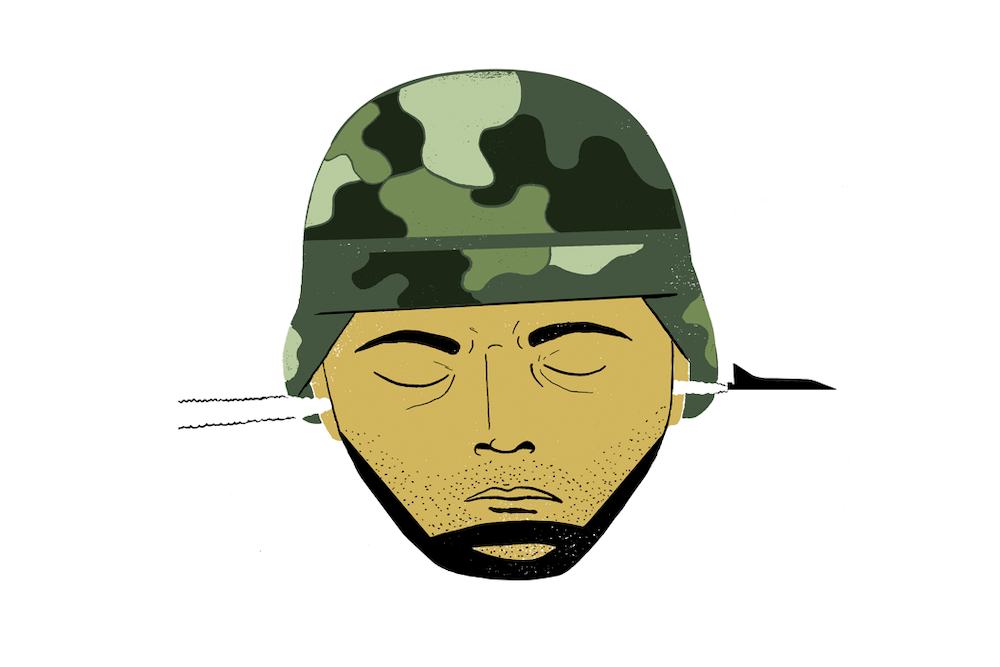 William Milzarski was 40 years old when he ​finished his infantry training. His two sons had enlisted, and he felt a midlife crisis coming on. “It was either enlist, or buy a red convertible,” he says. Shipped off to Afghanistan, Lt. Milzarski led his platoon into 244 combat missions, until a bullet ricocheted off a rock during a firefight and hit him in the face. He stayed with his troops, wounded and bloody, until the battle was over. Then, seven months later, he rotated home.