Holidays a time for suicide awareness 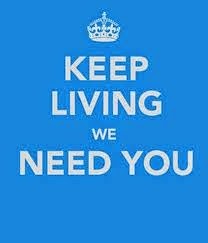 The holidays are supposed to be a season of joy, a time when loved ones come together to celebrate the traditions they hold dear. But for some people, loss, loneliness, depression and other mental health issues can make getting through the holiday season a life-or-death struggle.

According to the Centers for Disease Control and Prevention, the suicide rate in the United States was 12.5 deaths per 100,000 people as of 2012. Information is not yet available for 2013 or 2014. The highest suicide rate was among people between the ages of 45 and 59 years old. Adults aged 75 or older had the second-highest suicide rate. In general, men are four times more likely to commit suicide than women and firearms are the most common method of death by suicide.

Although white males accounted for 65 percent of all suicides in 2012, suicide can affect people from all walks of life.