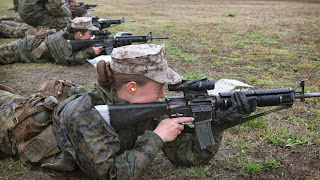 In the ranks, it's sometimes called the "pink tax," a slang reference to the long-standing complaints of military women that they're paying more for various uniform items than their male counterparts are.
Now, there's a bill in Congress that would order a Government Accountability Office (GAO) report on whether there really are gender disparities in uniform prices, including recommendations on what to do about it.