Marines Test All-Male Squads Against Mixed-Gender Ones; Here’s What Happened… 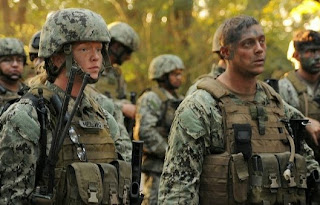 In 2013, the US military lifted its ban on women serving in combat. Shortly after, the Marine Corps began what it calls an “unprecedented research effort” to understand the impact of gender integration on its combat forces.


That took the form of a year-long experiment called the Ground Combat Element Integrated Task Force, in which 400 Marines — 100 of them female — trained for combat together and then undertook a simulated deployment, with every aspect of their experience measured and scrutinized.