Stolen Valor Will Now Get You Up To A Year In The Slammer, And Other Major UCMJ Changes That Took Effect This Year 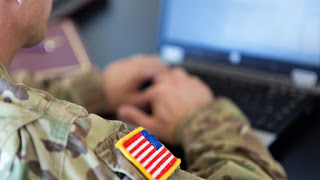 Congress passed its most sweeping reforms to the Uniform Code of Military Justice in decades in 2016, but it didn't take effect until Jan. 1 of this year. Other changes to the military process and offenses, such as domestic violence, were included in the recently passed 2019 National Defense Authorization Act.

Patricia Babb, a spokeswoman for the Office of the Judge Advocate General of the Navy, said she is unaware of anyone who has already been charged with any new crimes so far this year because they're so new. She said the Navy has spent a lot of time educating its attorneys and other officers who can administer punishment about the updates. All new recruits also are taught about the UCMJ once they enter the service.
Read more..