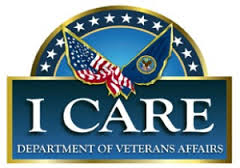 Over the weekend we saw another story emerge which reminds us that the lingering effects of the VA scandal are far from gone and too much work remains to be done. It’s not that we haven’t seen some signs of progress at the agency. Shortly after President Trump decided to keep David Shulkin around and place him in charge of the VA, the new Secretary begged for expanded authority to fire failing workers. That prompted the President to create what I like to think of as the Office of Your Butt is Fired inside the VA.