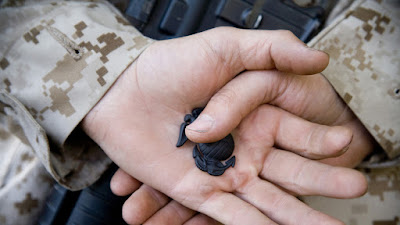 As a Marine recruit at Parris Island, Erika Butner learned from her drill instructors that her supposed brothers in arms would treat her as one of three stereotypes: “A bitch; you’re a whore or you’re a lesbian,” she told lawmakers on Wednesday.
“I’m not blaming the drill instructors,” she said at a Democratic Women’s Working Group hearing. “They were preparing us to have thick skin because it is so ingrained in this culture that they don’t know how to change it, so they go with the grain.”