Sovereign immunity means: is a legal doctrine by which the sovereign or state cannot commit a legal wrong and is immune from civil suit or criminal prosecution. In constitutional monarchies the sovereign is the historical origin of the authority which creates the courts. 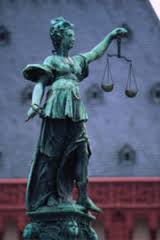 In the past few months, this country has been rocked by the unfolding horror story at dozens of veterans hospitals. There have been reports of veteran deaths due to malpractice, serious mismanagement at all levels of Veterans Affairs and the resignation, in disgrace, of the VA secretary. In the court of public opinion, the VA has lost considerable credibility.
Yet in a civil court, active duty military service members cannot sue for harms they suffered resulting from VA medical center malpractice or other government negligence. Why not? Because the government can do no wrong. This is the central reasoning behind the sovereign immunity doctrine, an arcane rule that largely prohibits active duty military from suing the United States government.