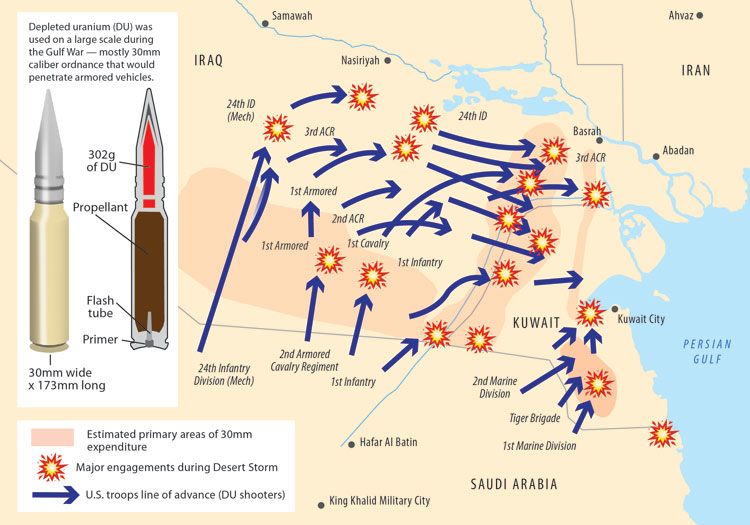 Depleted Uranium is what remains from the manufacturing process of enriched uranium used in nuclear reactors or weapons. It has the same chemical toxicity as natural uranium, retains radioactivity, and a half-life of 4.5 billion years.
DU was used on a large scale during the Gulf War in tank armor and some bullets or rounds — mostly 30mm caliber ordnance — to penetrate enemy armored vehicles. Riding in a vehicle with DU weapons or shielding is not linked to exposure of significant amounts of DU or external radiation.  However, DU can be a health hazard if it enters the human body.  In a struck vehicle, soldiers could have been exposed through wounds if fragments of DU scatter and become embedded in muscle and soft tissue. Soldiers could also be exposed to DU by inhaling or swallowing small airborne DU particles in a struck vehicle or in close proximity to burning vehicles or fires with DU munitions.
READ MORE>>>>