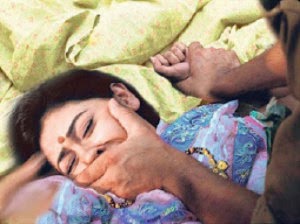 The #MeToo movement is now an undeniable force in American culture—but a new poll is a reminder that not everyone thinks it’s entirely a force for good.


According to a new poll of 6,251 adults released by the Pew Research Center on Wednesday, 31% of respondents say that women making false claims about being sexually harassed or assaulted is a major problem in today’s workplace. Another 45% think baseless allegations are a minor problem.