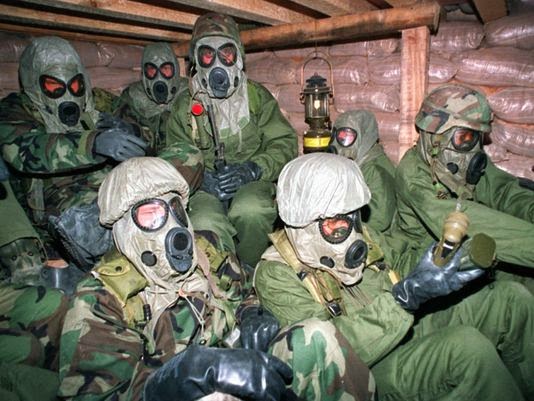 WASHINGTON -- U.S. bombings of Iraqi munitions factories in January 1991 released a plume of sarin gas that traveled more than 300 miles to affect American troops in , although military officials claimed at the time that chemical alarms triggered by the gas were false, a study released today shows.

The Jan. 18, 1991, bombings of the munitions plants in and Khamisiya blew a plume of sarin gas high above a layer of cold, still air -- also called the boundary level -- and into a swift wind stream that carried the gas to Saudi Arabia, said the study conducted by researchers Robert Haley and James Tuite and published in the journal Neuroepidemiology.